Today we concluded the three-day Canadian leg of our adventure. Skirting the southern fringe of Quebec and Ontario before settling into northern Indiana’s Amish country, we noticed regional tropes.

The province’s official language is French. Its signs are French, as are its menus and place names and greetings. Every interaction begins with a cheerful “Bonjour!” It’s assumed you know the language and when, while ordering your dinner, you use English … well, despite the server’s “Of course,” the subtle condescension creates a dynamic that says you don’t belong.

Quebec is a foreign country and it seems so. Despite its citizens’ welcoming nature, we can’t help feeling likes outsiders there. In Quebec, we are far from home.

In Ontario, both English and French are official languages (but English gets top billing). Where Quebec is rolling farmland, Ontario is its blue-collar neighbor, a hub of commerce and industry.

This province is clearly another country, but with the same impersonality as places in the US where size begets neglect and the wrong kind of invisibility.

Niagara Falls could be Las Vegas’s northern twin. Toronto could be Chicago’s. And inasmuch as those cities make us feel like slow-paced, overwhelmed outsiders – like others – Ontario is not for us.

We crossed back into our home country at Ambassador Bridge.

Despite the bridge’s name, it conveyed us into the US, but we did not feel welcome. At the city beyond we were once again outsiders.

Seen from the highway, Detroit is a failed city. On our 60-mph flyby we saw only a city’s remains, neglected, swaybacked, and eroding.

It’s as if for decades, people with sensibilities opposite to ours have made choice after choice – what to maintain and what to ignore, what to build and what to abandon, how to live together and apart – to create a landscape as foreign to us as any other country could be.

Detroit is fully other. Lacking a reflection of our values, it is not a place for us.

As we continued, Detroit’s decay surrendered to a scattershot landscape of here-and-there farmlands and camping carve-outs, shot through every which-a-way with overgrown woods.

The Hoosier State is tidier. Generations of stewardship have stitched a thousand patches of groomed pastures and family farms into a quilt of heritage – a tradition of intent and rugged hands cultivating their communities.

This is Amish country, where Glenn was raised. Home to his family.

Here, with modern rural towns as a backdrop, the progeny of plain-clothed religious rebels from Switzerland and Germany continue to honor customs scripted four centuries ago. Their defiant forebears, instead of fighting persecution in their homelands (or anywhere, ever), chose to leave.

That profound dedication to faith and tradition preserved their values over the ages, which is why it is so notable when one of them chooses to adopt modern habits of outsiders, or the English as they are called.

With an overheard fragment of a Pennsylvania Dutch conversation here, a half-dozen horse-drawn black buggies there, and the many kind, open faces framed by straw hats, bonnets and other head coverings, the prominence of the Amish way of life is all around us. We captured some of our impressions in the gallery at the end of this post.

Meeting over meals with close and distant family members, both modern and traditional, we feel most welcome. The too-long span of time since the last encounter poses a momentary awkward rift, one instantly bridged by the first laugh at a communal retelling of a favorite family story, at remembering a dear loved one.

Despite the warm greetings, faces and surroundings that evoke a long-ago home, we discover it remains but a place to visit – though, perhaps, more frequently than before.

As Seen Around Goshen, IN 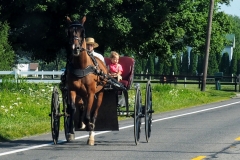 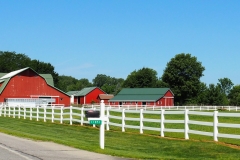 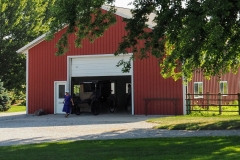 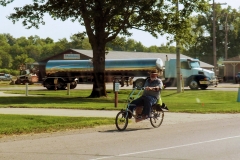 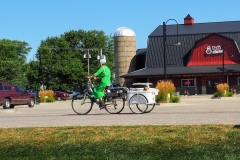 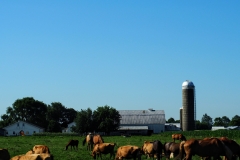 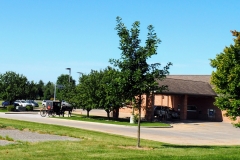 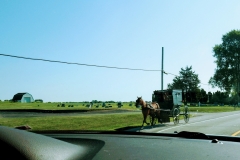 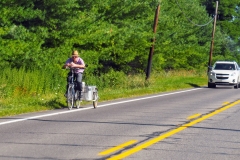 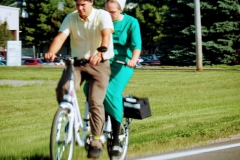 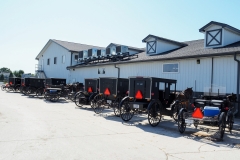 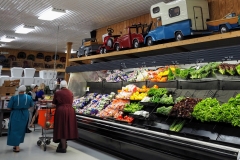 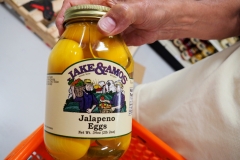 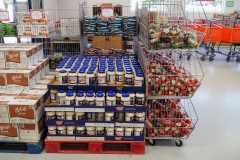 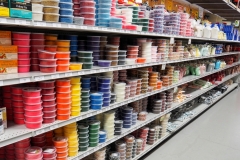 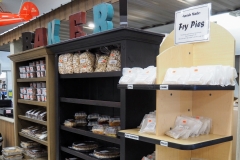 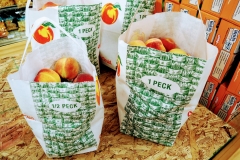