Nonsense. When Glenn and I are together, we get to play – rain or shine.

The meteorologists were telling us for days to expect rain on Thursday, which worked perfectly with our itinerary. We planned our week around those predictions and got to enjoy a cozy, quiet day (mostly) indoors.

Tomorrow morning we say goodbye to Killington as we head out to explore the scenic byways of the southern part of Vermont’s Green Mountains, followed by a two-night stay in Brattleboro. But today’s plans included such mundanities as laundry and organizing our provisions before packing them back into Kyrie.

During a brief break in the rain, we did wander outside for a dewy stroll around the resort’s pond, where I practiced my nascent photography skills with our new camera. It’s easy to see how these mountains earned their moniker. Things are so green and lush here, a stark contrast to Colorado’s high desert climate. I can’t seem to get enough of the beautiful ferns and flowers growing everywhere! 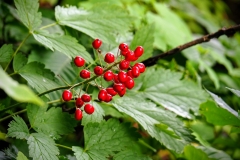 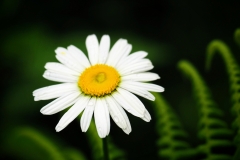 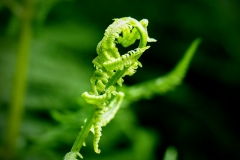 While the washing washed, Glenn and I played at ping-pong. I say played at it because I have no particular experience or ability in this game. Glenn, being the perpetually patient and noble soul that he is, chose not to crush me with his incomparably superior skills.

There’s something childishly sublime about about spending time with a favorite playmate.

That’s the person who would rather play than win. One who creates a safe space with you, where you both know you can abandon any fear of judgment, and just have the best time. That’s the person who never tires of playing Stump the Wizard with you as you both seek diversion on long car rides. The one who enjoys being in the moment with you, even as you play a mediocre board game for the umpteenth time, or collaborates with you on the invention of Cardless Uno (patent pending) to cheer up bored kids as you wait too long for dinner in a busy restaurant.

Or when you play really bad ping pong.

Glenn and I included the promise to be one another’s favorite playmate in our wedding vows because we both understand the nearly sacred nature of that dynamic.

Almost ten years into our relationship, I could not imagine a better partner to just have the best time with as we improvise our way through this game called life.